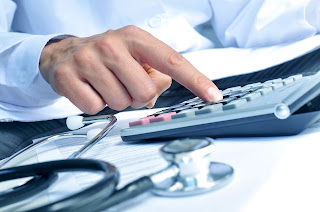 Pursuing Scale Through M&A? You Still Need a Local-Market Mindset

Deciding whether to merge and managing a post-merger organization can be tricky, even when the acquisition is a good fit.

- Leaders must consider carefully whether their definitions of success align with what the community needs.

- An operating-company approach comes with cost-cutting potential. But there are tradeoffs.

As mergers and acquisitions among healthcare providers continue at a frenzied pace in certain markets, some healthcare executives are prodding their peers to scrutinize their own M&A motivations more thoroughly.The prospect of gaining an upper hand at the negotiating table across from insurers is a tantalizing reason to pursue scale. But getting bigger for the simple sake of protecting your business interests is a questionable rationale for mission-minded healthcare organizations, according to several senior strategy leaders who attended last week's HealthLeaders CEO Exchange gathering in Park City, Utah.

Instead, they say, health system executives have a responsibility to steer any consolidation in a way that serves the local market. That steering continues long after a deal is finalized, as C-suite leaders figure out how tightly to control each component of the post-merger system.

Toby Freier, MBA, FACHE, president of Allina Health's New Ulm Medical Center, a critical access hospital in New Ulm, Minnesota, says leaders need to consider carefully how they define success for any deal and whether that definition aligns with the community's best interests.

"It's hard to think that our communities have won over the last decade through consolidation, if our measures of success are the health outcomes and affordability of healthcare," Freier says.

"Hospitals, especially in rural communities, are waiting until financially they feel like they are out of options, rather than more proactively seeing what a system affiliation or partnership could do to extend and enhance care and services to their community or at a population health level," he says.

"When we approach it only from the economic side of it," he adds, "I think we miss what's the end game—the triple aim with better access and support to our community."

Susan Turney, MD, MS, FACP, FACMPE, the CEO of Marshfield Clinic Health System in Marshfield Wisconsin, says some advisors tell health systems they won't have long-term viability unless they have at least $4 billion in annual revenue. Rather than focusing on revenue, however, Marshfield—which is pursuing a merger with Gundersen Health System, based in La Crosse, Wisconsin—is focusing on how to better serve local residents, Turney says.

"As we looked at becoming part of some of the larger systems, they had a very spoke-and-hub model, where you get a little bit of care here and then everything gets shuffled off to somewhere else," she says. "Our philosophy is to provide as much care as we can locally—tap into innovative care models and use our technology, electronic health record, and our providers to maintain that care close to home and only transport patients when care cannot be safely provided at the site of service."

"I'm not sure that's always the discussion when mergers and acquisitions take place," she adds.

Steven N. Little, CPA, former president and CEO of Agnesian HealthCare in Fond du Lac, Wisconsin, similarly says hospitals that don't dominate their markets may reach a fork in the road that forces them to choose, but that point isn't the same for everyone.

"There is no one secret formula that says you have to be of a certain size, in my opinion, or you're not going to survive. I think there's many, many factors," Little says.

The end goal should be to provide better care at a more affordable rate, he says.

"We have an obligation as nonprofit and for-profit healthcare providers to provide better health for the people we serve," he says. "And this country is at a point where we'd better figure it out soon as providers, or the Amazons and the Walmarts will figure it out for us."

Although numerous academic studies have shown mergers among healthcare providers tend to lead to higher costs, the American Hospital Association has pushed back against that conclusion, arguing that patients have benefited from consolidation because hospitals can operate more efficiently in larger systems.

Michael Ugwueke, MPH, DHA, FACHE, president and CEO of Methodist Le Bonheur Healthcare in Memphis, Tennessee, says the actual benefits of M&A activity vary from one market to the next.

"In most markets, operating still as a holding company makes it very hard to really take costs out, take advantage of synergies brought together by an acquisition or merger," Ugwueke says.

While leaders who take a holding-company approach to running a post-merger system may preserve some degree of local autonomy, thereby remaining responsive to local-market needs, those who take more of an operating-company approach can centralize control in a way that reduces administrative redundancy, thereby capitalizing on the merger's cost-saving potential. There are tradeoffs depending upon where a given system lands on the spectrum between those two extremes.

"I think the jury is still out ultimately on what benefits accrue to patients," Ugwueke says.

Chris Woleske, JD, president and CEO of Bellin Health in Green Bay, Wisconsin, says the bottom line in this conversation is that healthcare is too expensive.

"At the end of the day, we need to find a way to reduce the total cost of care, and I don't see big systems in a position to achieve that more effectively than independent organizations that are community-based and focused on achieving quality, affordability and improving health and well-being for the communities," Woleske says.

"That will be key, so that's what we're putting our energy and effort into."

Roberta Luskin-Hawk, MD, chief executive of St. Joseph Health, Humboldt County in Eureka, California, says the role local leaders play has shifted as large systems evolve to operating models and integrated delivery networks. While regional leaders have substantial authority, they need to collaborate with those who manage their local markets, she says.

"I believe that there is significant value in the development of a cohesive and aligned culture and operations across large systems, but we need to ensure that there is meaningful input from the local markets—as [our system CEO] Dr. Rod Hochman talks about, being 'big and small at the same time,' leveraging your size while keeping that intimate personal connection with your community and the people you serve," Luskin-Hawk says. "That's the balance that we are trying to achieve."
Posted by David Lopez at 2:39 PM