High Valuations Not Detering M&A In Healthcare IT 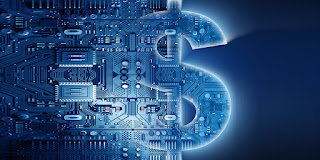 Healthcare IT Investment is Overvalued, But Will Increase Next Year

While most healthcare industry players believe healthcare IT is an overvalued subsector, they still expect investment to rise in 2019, according to the KPMG-Leavitt Partners 2019 Investment Outlook survey.

Some of the driving forces behind the direction of healthcare IT investment has been healthcare organizations orienting their business models to handle the effects of consumerism, such as receiving care outside of the traditional hospital, changing payment models, and the introduction of corporate disruptors.

"We are not surprised by the great deal of interest in health care IT and care delivery outside the hospital,” former HHS Secretary and Utah Governor Mike Leavitt, founder of Leavitt Partners, said in a statement. “As health care continues to march toward value, the emphasis on moving care to lower cost sites and enhanced coordination will continue, and those who can increase quality and lower cost will win."

The Leavitt survey also delved into the current state of the healthcare market and what industry players expect to drive M&A activity in 2019.

The only factor that more the majority of respondents agreed upon, (64%), was that cost consolidation and the economies of scale will be the largest driver of M&A activity, followed by accretive acquisition strategies at 45%, and changing payment models at 41%.

Respondents also expressed faith in the current state of the healthcare market though some acknowledge the potential for a bubble to burst in the near future.