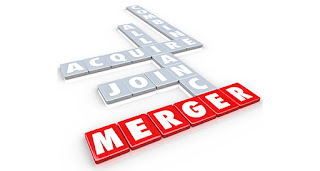 More than 200 health services deals were reported in the second quarter of 2018, continuing the ongoing streak of mergers and acquisitions in the sector, according to PricewaterhouseCoopers.

Despite regulatory uncertainty in the healthcare environment, mega-deals marched forward during the quarter, which was the 14th consecutive quarter with more than 200 deals.

Year over year, healthcare deals rose 9.4 percent in the second quarter of 2018. Compared to the first quarter of 2018, deals declined 7.3 percent, with 255, according to PwC’s US Health Services Deal Insights Q2 2018 report.

In addition, the total value of deals during the quarter declined from the prior quarter and a year ago, but the presence of mega-deals remained high. Deal value dropped 66.1 percent from the first quarter of the year and 50.7 percent from the second quarter of 2017. One deal exceeded $5 billion during the second quarter, on par with the average deal volume in the preceding seven quarters.

Private equity firms played a major role in deals during the quarter, with more than four transactions priced above $500 million. These included KKR’s acquisition of Envision for $9.9 billion; the acquisition of Curo Health Services and Kindred Healthcare; the $2.5 billion sale of Sound Inpatient Physicians Holdings; and the simultaneous acquisition of Cord Blood Registry and California Cryobank.

The deals come amid policy uncertainties related to the Affordable Care Act and tax reform implications. These factors may actually be influencing more deals, and the trends of the first half of the year are likely to continue throughout 2018, according to PwC.

“Similar to Q1 2018, multiple factors are contributing to the deal activity, including both private equity fund raising/ investment and corporate strategic initiatives. We don't anticipate these trends to slow during the remainder of 2018.”

Other notable transactions during the quarter include Amazon’s acquisition of PillPack for an estimated $1 billion and Welltower’s joint venture with ProMedica to purchase Quality Care Properties. WellCare also announced its deal to acquire Meridian Health Plans for $2.5 billion.

Long-term care was the most active sub-sector in the healthcare M&A landscape during the second quarter, with 104 deals, or 40.8 percent of the deal volume. Managed care and home health care saw the highest growth in deal volumes, at 100 percent and 66.7 percent, respectively.