Does Selling Your Radiology Practice To A Larger Group Make Sense? 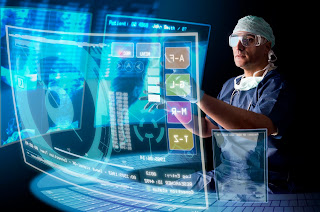 Mergers in Radiology: Good or Bad?

For the past several years, the conversation around mergers and acquisitions (M&A) and greater consolidation in radiology has focused on whether you should pursue the path. And, if you did, what financial model would be the most financially expedient?

We’ve now reached a point where many in the industry wonder how M&A is working and what impact it’s having on the profession and healthcare. According to many with first-hand experience, partnering to create larger practice models has worked well even if there have been a few obstacles along the way.“Consolidation has been better than I thought it would be,” says Anthony Gabriel, MD, chief operating officer for Radiology Partners, a consolidated radiology practice in 16 states, serving nearly 600 hospitals. “We’ve begun work on a variety of clinical programs and have more opportunities to improve quality-of-care for patients through radiology.”

Through increasing consolidation, radiology has been able to drive patient care improvements and ensure more patients are put in the path to proper diagnosis and effective therapies, he says.

“Larger practices can spread information technology, management, quality assurance, reporting, data analytics, and compliance costs across a greater number of radiologists,” he says. “Many practices have also made significant investments in their infrastructure.”

As a group, he says, Strategic Radiology has also been able to gather data from all its practices to create patient care benchmarks and quality improvement efforts. Radiology Partners has experienced similar results, using clinical data from various practices to create protocols for handling follow-up and reporting for various problems, such as abdominal aortic aneurysms and pulmonary nodules.

“Referring physicians no longer feel obligated to check on something that isn’t necessary, so we’re eliminating wasted cost out of the system,” he says. “We’re preventing someone from getting an image that costs money with no decrease in care.”

Additionally, being part of a consolidated practice also offers other benefits. Working in a consolidated practice means you’re technically in the same group with radiologists nationwide, but it doesn’t mean you forfeit all local control of your practice. Each Radiology Partners practice maintains its own governance—local leaders make employment decisions, determine salaries, set work schedules, and determine partner tracks. And, more than half of its providers own equity in the organization, making the practice nearly half-employee owned.

Employees can also take advantage of leadership training programs and participate in research through the RP Research Institute.

Despite the benefits M&A provides, it has also introduced challenges. As with any major change, consolidation has invoked some growing pains, Moore says. Identifying the right governance and leadership plans is critical to long-term success when multiple groups are merging.

“The larger a practice gets, the more important it is to move from the democratic to a representation model of governance,” he says. “But, it has its own pitfall in that physician engagement is reduced.”

And, for practices that join large national groups, communication and collaboration can be an adjustment, Gabriel says. For example, Radiology Partners includes 900 radiologists nationally, many of whom opt to work together on various projects, such as workflow analytics, revenue, or leadership initiatives. Meetings can be complicated.

“Any of our physicians who work on projects can be working with four or five others who are located elsewhere, so they have to do more work via email and conference call than most of them are used to,” he says. “They’re accustomed to being in the same local or metropolitan area, but they can’t all come to the same conference room now.”

Though most M&A activity has launched from the grassroots level, the American College of Radiology (ACR) is also taking a close look at how consolidation is impacting the industry. In January, the organization created a Task Force on Corporatization, chaired by Howard Fleishon, MD, to delve into how the M&A trend is proceeding in radiology and other specialties.

“There’s a lot of buzz, a lot of publications, a great deal of articles, and many people talking about the rumors of M&A,” says Fleishon, who also serves as the vice chair of the ACR Board of Chancellors. “We’re looking to establish the facts as well as how this trend is impacting other medical subspecialties.”

The taskforce is scheduled to submit a report on its findings to the chancellors in September, Fleishon says, and he anticipates the results will provide objective and valued information for ACR members. The report will include perspectives of those who have joined corporate practices, those who remain independent and those who are currently looking at options. Particularly, the task force is looking to clarify the challenges and options that radiologists and practices are facing as they consider strategic positions for the future.

“We have engaged an outside research firm to provide us with a wide environmental surveillance," he says. “The ACR is the representative organization for all radiologists. We have a real opportunity to make sure these groups see the ACR as having a preeminent role for radiologists and our patients. We all want radiology to succeed.”

What the Future Holds

While radiology has been expanding its M&A activity for several years, the trend is still in its infancy and much remains to be seen about how it will impact the industry and healthcare in the coming years.

According to Moore and Gabriel, though, there is room for M&A to make many positive contributions. By pooling resources, Moore says, not only can larger groups invest more in advanced technologies to ease workflow and improve patient care, but they can also, potentially, drive down costs that are passed on to patients.

Continued M&A can also play a role in how radiology contributes to the volume-to-value shift in healthcare, Gabriel says. By having more data at their fingertips and information about follow-up recommendations and protocols, radiologists can provide more comprehensive feedback and direction to referring physicians, likely reducing healthcare costs.

“Radiologists know more about diagnostic imaging—close to 10 percent of health services in the United States today—and utilizing it than anyone else. These are very expensive services, and they can provide guidance on using them,” he says. “Radiologists also control the most expensive part of a report—the recommendations section—where expensive follow-ups, such as biopsies and MRIs are discussed. Clear direction for referring physicians can help impact the cost.”

Ultimately, Moore says, giving practices the opportunity to merge or work together more closely enables them to streamline clinical care and bolster the industry’s overall productivity.

“When practices are able to work together interdependently, as a team, and share resources and data, we have the opportunity to increase the quality of care that we deliver to our patients,” Moore says. “That makes me optimistic about the future of radiology.”