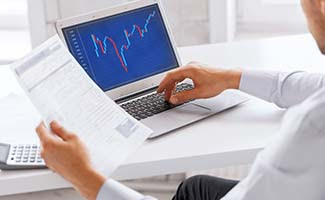 Uncertainty surrounding congressional action on the Affordable Care Act have impacted hospitals along with the rest of the healthcare sector. Tenet Healthcare Corp. (THC) and Community Health Services Inc. (CHY) descended on Tuesday, July 25 alongside HCA, down 7.16% and 8.26% respectively.

HCA second quarter revenues increased by four percent to $10.733 billion and cash flow totaled $1.404 billion, but revenue still missed the $10.85 billion benchmark presupposed by analysts. HCA is now projecting its earnings per share to fall in the range of $7.00 to $7.30, which is lower from its prior forecast of $7.20 to $7.60.

HCA's Chief Executive Officer, R. Milton Johnson said during the company's earning call that first half results have been dampened by "softer" managed and exchange volumes, the negative impact of currency conversion rates on HCA's London market results and lower admissions from the Middle East embassies.

HCA cited strong growth in North Florida and Tennessee continental divisions but noted that the Houston and South Florida divisions were "weaker."

Executives also noted that a "softening in [the] emergency room has a trickle down effect in outpatient surgeries."

In light of those challenges he said the company managed its operations well. "Overall, I'm pleased with our second quarter and the second half of 2017," Milton said.

He also said HCA is in position to take advantage of acquisition opportunities as they arise. "Our balance sheet and cash flow give us the financial flexibility to invest in our existing markets of quality hospitals and to continue to execute our share repurchase plan."

HCA has announced plans to buy back a total of $5 billion worth of shares in two separate repurchase programs that first began in October 2015. As of June 30, $887 million remains under its existing repurchase authorization threshold. HCA plans to complete their share repurchase re-authorization by the end of the year.

Analysts were skeptical about the company's optimistic outlook, given their second straight quarter of disappointing earnings. Despite HCA's "brilliant" cash flow, as one analyst put it, the EBITDA remains a pinpoint of concern. The executives attribute the weakness in London to a decline in admissions, but believe that the $2.09 billion recently reported in adjusted EBITDA is on plan for the second quarter.

The acquisition is one of the 30 hospital divestitures Community Health mentioned during its first quarter 2017 earnings call. HCA expects to complete the transactions from Community Health by the end of this month.

More acquisitions are in the picture.

HCA completed several financing transactions during the quarter, including extending and increasing revolver capacity and closing on a $1.5 billion, 5.5% senior secured note with a 30 year term, which its plans to use for acquisitions. HCA also redeemed some 2018 near term maturities.

CFO William Rutherford noted that the debt financing was a milestone for HCA. "It represents the first time in 14 years that we've issued a bond with a term greater than ten years. Debt to adjusted EBITDA now stands at 3.83 times, compared to 3.82 times at December 31st of 2016.

Questioned whether the company can to continue to buy back shares and make more acquisitions, Rutherford said the share repurchasing is expected to be completed by the end of 2017. "We can continue to complete the acquisition pipelines that we see in front of us," he said. "Just given the strength of our cash flow and the strength of the position of the balance sheet, we're able to do both of those strategies without any interference."