Hospital M&A Lowering Prices, But Not For All 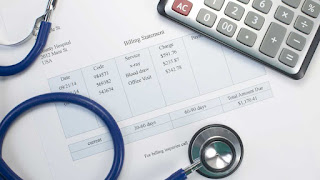 (from RevCycle Inteligence)
A HFMA report stated that value-based care and price transparency will add value to hospital mergers, including lower prices for consumers.

Healthcare system and hospital mergers will likely increase as new value-based care models emerge, according to a recent Healthcare Financial Management Association (HFMA) report. But the rise in value-based reimbursement and price transparency will improve value of the mergers to consumers.

Some healthcare system and hospital mergers have increased prices for consumers because the merged organizations have greater market share. However, the HFMA report indicated that risk-based reimbursement contracts and healthcare consumerism will incentivize merged entities to lower prices.


“Consolidation is a trend that's here to stay,” Joseph J. Fifer, FHFMA, CPA, HFMA President and CEO, stated in a press release. “But controversy about the impact is ongoing. In many cases, consolidated entities have not demonstrated value to the communities served. Across the industry, the challenge going forward is to achieve and demonstrate higher value from consolidation by lowering the total cost of care and improving quality.”
HFMA researchers projected healthcare system and hospital consolidation to continue in the next few years, especially with the value-based care transition.

“The transition from volume to value and the corresponding move to population health management require major capital investments and sophisticated management expertise of the sort that may prompt even the most independent-minded hospitals and health systems to consider their consolidation options,” stated the report.

As a result, only half of health systems operating in 2014 will remain independent by 2024, estimated Deloitte researchers in a cited study. Researchers added that the healthcare industry will likely reorganize into three categories: large national healthcare systems, regional healthcare systems with clinical integration across the care continuum, and specialist organizations, such as academic medical centers and critical access hospitals.

The HFMA report added that healthcare consolidation in the immediate future will involve system or hospital mergers within a single market or state. Within the next five years, however, their reach will widen as healthcare organizations attempt to increase scale to balance reimbursement cuts and new alternative payment models.

“It’s not just the strong helping the weak anymore,” Eb LeMaster, Managing Director at Ponder & Co, a consulting firm for not-for-profit healthcare providers, told HFMA. “These days it’s two stronger systems trying to be proactive about the transition to value-based care, to building a system with the number of lives they need to be pertinent, and to expanding their geographic region.”

The value-based care transition, especially under MACRA, also leaves small, independent physician practices vulnerable to acquisition, the report added. Some of these practices may not have the capabilities and patient volumes needed to succeed under value-based reimbursement models, causing practice leaders to consider merging with a larger organization.

A HMFA survey from May found that 1,300 physician groups with five or fewer physicians said that MACRA could be the “death knell for small practices.”

About 67 percent of a recent Black Book Market Research survey also stated that they were planning to sell their practices to a larger system or close their doors by 2019 because of value-based reimbursement requirements.

To manage the value-based care transition, HFMA researchers projected that more physician practices will merge with hospitals or healthcare systems.

For example, the federal Hospital Readmissions Reduction program penalizes hospitals with excess readmissions by lowering Medicare reimbursement rates. Participating hospitals can be dinged if a patient discharged to an unaffiliate skilled nursing facility is readmitted to a hospital within 30 days.

Therefore, healthcare systems and hospitals tend to enter partnerships with post-acute care facilities, rather than acquiring them. Through the partnership, both facilities collaborate on care protocols, staff training, and quality improvement programs to achieve similar goals.

Instead, post-acute consolidation will continue to be skilled nursing facilities and other post-acute care settings merging into larger regional and national chains, according to the report.

While healthcare system and hospital mergers are expected to continue, HFMA researchers stated that value-based reimbursement models and healthcare consumerism will add more value to mergers for consumers.

The report explained that some healthcare consolidations have not passed value on to the consumers. Instead, the mergers resulted in higher prices for healthcare services.

A MedPAC blog post from November agreed that hospital mergers led to higher costs because consolidation “is simply not working to bring rates down to a competitive level.” With more market share, merged entities have more buying power to negotiate higher claims reimbursement rates with private payers, but they also had less incentive to lower costs.

Value-based reimbursement, however, may add value to healthcare consolidation and lower prices because the models pay providers based on affordability and quality, the HFMA report stated.

“Today’s reality: Rising consumerism is bringing transparency to the healthcare marketplace, where provider organizations increasingly must demonstrate to patients that they offer competitive prices,” wrote researchers. “That onus has the potential to help keep prices in check following consolidation. If not market forces alone, then public disclosure of negotiated rate increases could discourage aggressive post-merger pricing strategies.”