What is the Driving Force Behind Record Healthcare M&A 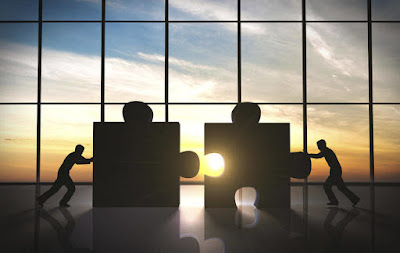 There have been nearly 400 transactions in the physician practice management subsector over the past five years alone, Cascade says.

Merger and acquisition activity in the healthcare industry is booming thanks to high valuations, a strong return on investment and opportunities to consolidate, and according to new research by Cascade Partners, this is increasingly true within physician practice management.

Over the last 10 years, a large amount of the physician practice-centered M&A activity was focused on a relatively small number of specialities like emergency physicians, hospitalists and anesthesia, which helped to build large, publically traded companies, Cascade found. More recently, though, interest has spread across a broader spectrum of specialities, including ophthalmology, urgent care, primary care and dermatology, to name a few.

This interest has spawned a large number of transactions -- nearly 400 in the physician practice management subsector over the past five years alone, in a mix of public companies and privately held firms.

Among large public companies alone, there have been more than $24 billion in the last five years, Cascade found. As a group, seven companies -- Mednax, IPC, Davita, Team Health, AmSurg, Envision and Surgical Care Affiliates -- are responsible for more than 300 acquisitions, more than half of which were completed within the last three years.

In recent years, mergers and acquisitions activity in healthcare has outpaced that of other industries, attracting the private sector with its growth and stability, according to Cascade. Healthcare spending represents represents nearly 18 percent of the U.S. economy, and statistics from IBIS World indicate that total healthcare expenditures for 2015 reached $3.2 trillion; that figure is forecasted to grow to $4.5 trillion by 2020.

The aging of the population and the expansion of federal healthcare programs are influencing the number of patients in the system -- and those two factors are expected to account for 43 and 44 percent, respectively, of the projected growth in federal spending for social security and major healthcare programs. This increase in insured patients, along with the reporting requirements and increased quality requirements, are driving significant infrastructure investments, Cascade said. Firms are seeking efficiencies to owe costs, and pursuing scale to sustain or increase profit margins. The need for efficiency is leading to further consolidation, the research found.

The healthcare industry is attractive to investors largely because of its recession-resistant nature, the authors said. And increasing costs due to compliance, quality metrics and technology requirements are driving organizations to embrace more traditional business principles and seek scale for leverage against higher costs.

McDermott Will and Emery, a healthcare law firm, has said that the impending implementation of MACRA will likely drive further M&A activity as well.

"It will encourage physicians to consolidate into larger groups, enter into arrangements with physician specialty management companies, or, most likely, become employed by or otherwise contractually aligned with health systems," the firm said.
Posted by David Lopez at 11:59 AM