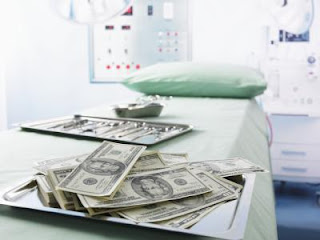 Hospital mergers and acquisitions have become a promising way for healthcare organizations to achieve scale and bolster their revenue cycles.

Hospital mergers and acquisitions have been on the rise ever since the Affordable Care Act started to change the way the healthcare system generates its revenue. Throughout 2013, many major health systems consolidated to create multi-hospital networks, a previous report noted. In 2014, there were 95 hospital mergers and acquisitions, which set a record for the industry.

The hospital takeover trend does not appear to be going away. Recently, a number of hospitals either officially merged or planned to merge. Here is a rundown of the most recent merger and acquisition announcements across the industry.

This week, private providers RegionalCare Hospital Partners and Capella Healthcare announced that they successfully completed a merge, a press release said. The combined company will be operating under the name RCCH HealthCare Partners. The new company now has a total of 16 regional health systems in 12 states as well as $1.7 billion in revenue.

"In today's increasingly challenging healthcare environment, it is imperative that like-minded organizations work together to improve access to high quality healthcare and provide continued access to care for patients and their families," said RCCH HealthCare Partners’ Executive Board Chair, Marty Rash.

As a result of the merger, the new health system has 11 acute care hospitals, three pediatric acute care hospitals and a pediatric rehab hospital, a behavioral health center as well as outpatient and ambulatory care centers throughout the state. RWJBarnabas Health is also made up of four accountable care organizations. It is based in West Orange and led by a single board of trustees as well as a single leadership team made up of executives from both organizations.

"The RWJBarnabas Health partnership means Clara Maass Medical Center has the distinction of being part of one of the nation’s premier health systems. This newly formed network gives our medical staff an increased ability to combat disease and promote wellness in this region," said Mary Ellen Clyne, Clara Maass president and CEO.

According to Barnabas Health, RWJBarnabas Health is expected to improve the overall health of its populations, advance the quality of care the two health systems provided and foster an environment of academic excellence.

On May 1, Jameson Health System and University of Pittsburgh Medical Center (UPMC) announced that Jameson merged into the UPMC network. The new health system, UPMC Jameson, will deliver healthcare for Lawrence County and its surrounding communities. It will operate as an acute care facility. According to UPMC Jameson, the UPMC merger services all of Jameson’s debt and secures all employee pensions.

UPMC plans to invest $75 million to develop facilities and services in the region. It is also going to provide an additional $10 million to physician recruitment for the expansion of clinical advancements in the region, UPMC Jameson stated on its web site.

This successful merger was not without its share of struggles. The state attorney general previously voiced antitrust concerns with UPMC's takeover, the Pittsburgh Business Times reported. This caused Jameson to seek out other buyers. However, UPMC won the bid. There was an arbitration decision in January 2016 after a consent decree was completed. This made it possible for the UPMC-Jameson merge to happen.

In April, Massachusetts General Hospital reached an agreement to acquire Wentworth-Douglass Hospital in Dover, NH, The Boston Herald reported. The acquisition would be the first out-of-state deal for Partners HealthCare, the parent company of MGH.   Last year, MGH had to abandon two attempted mergers due to regulatory pressure.

“We have virtually no market share in this [Dover, NH] market, so from an antitrust perspective, it shouldn’t be much of an issue,” Dr. Peter Slavin, president of MGH said.

Since 2008, MGH and Wentworth-Douglass Hospital have had a clinical partnership, where they have worked on various programs, such as trauma surgery.

This week, Care New England announced that it plans to partner with Southcoast Health to form a new entity, Rhode Island Public Radio reported. The two health systems are expected to face a number of obstacles before their partnership can be realized.

This week, the boards of both health systems approved the proposed affiliation. Now, the proposal needs to go through a regulatory review process in Rhode Island and Massachusetts. If the merger goes through, the new entity would employ more than 15,000 healthcare professionals.


Care New England is the parent organization of Women and Infants, Memorial, Kent Hospitals, The Providence Center and Butler. Southcoast has a chain of community hospitals in Massachusetts.
Posted by David Lopez at 12:01 PM