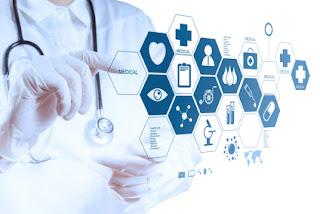 Looking at the M&A Dance in Healthcare IT: How Will 2016 End Up, Trend-Wise?

The M&A activity of 2015 reflected some of the fundamental realities of U.S. healthcare’s broader trajectory

It was excellent to speak this week with Michelle Mattson-Hamilton and Ben Rooks of ST Advisors, a strategic and financial advisory firm focused on the healthcare IT industry. Ben and Michelle have been part of our team preparing the Healthcare Informatics 100 compendium for several years now, and, along with our colleagues at Porter Research, have been instrumental in helping us, the editors of Healthcare Informatics, bring the best list possible to our readers.

Together, Ben and Michelle have decades of experience with business mergers and acquisitions; and their focus on the healthcare IT industry in their analysis published this week offered numerous important insights.
Among the key points they made in their well-written analysis article:

- Corporations led private equity firms last year at a rate of almost 3 to 1, with relatively large deals, computed at $50 million, $100 million, and multiple hundreds of millions of dollars in financial value.

- A large plurality of acquisitions in 2015 were connected to one of several key themes: the transformation to value-based care; payer and provider consolidation; electronic health records (EHRs); interoperability; population health; or revenue cycle management.

But that is of course, part of the whole point. What’s clear here is that things in U.S. healthcare are moving in a definite overall direction, and that is in a pronounced shift away from volume-based healthcare delivery and payment, and towards value-based delivery and payment. And though the senior executives of healthcare IT vendor companies are not focused on supporting healthcare system reform per se—instead, they are totally focused on improving their organizations’ bottom lines and strategic profiles—as the U.S. healthcare system shifts, so are vendors.

Thus, the “big box” EHR vendors are working quickly to fill in missing areas of capabilities in such areas as population health management, data analytics, clinician workflow, and interoperability. And in some cases, recognizing that it may be both easier and smarter to buy rather than build, they’re buying. And that makes a lot of sense.

And in that broad stream of trending, Mattson-Hamilton and Rooks told me in their interview with me, published after their analytical article, that by and large, the kinds of deals being made are commonsensical ones that recognize the broad trends evolving forward in U.S. healthcare. Or, as Mattson-Hamilton put it in our interview, “Companies are setting themselves up to be effective long-term. There weren’t a lot of transformational deals; instead, these companies were setting themselves up to be more effective in the future. And depending on where the main company sat in its sub-vertical, they weren’t changing anything radical 180 degrees.”

At the same time, both Mattson-Hamilton and Rooks believe that the intensity of M&A activity in 2015 is already calming a bit now in the first half of 2016. As Mattson-Hamilton noted, “2015 really was a landmark year. I actually just read something that said it was a high-water-mark year in many markets, not just healthcare. And it’s not just in terms of the number of acquisitions, the highest number of acquisitions since 2007, but the amount of private equity investment involved, it was really a landmark year.”

As for this year, though, she noted that, “In the first couple of months of 2016, there have been quite a few transactions, but the investor perspective has been more cautious. That’s because there was so much aggressive activity in 2015, and people were paying very aggressive multiples for acquisitions. But now that the capital markets are starting to show restraint, that’s starting to pop over into the healthcare IT market. And given that last year was such a high-valuation year, things are coming back down now.”

All of this will be extremely interesting to track, as we wend our way through 2016. What seems evident, however, is the inevitability of business activity that ultimately aligns U.S. healthcare IT vendors with the needs of their customers, the patient care organizations and insurers that are in turn aligning themselves with the broad policy and payment trends shaping the healthcare industry. And those policy and payment trends are themselves responses on the part of the purchasers and payers of healthcare to the acceleration in healthcare costs for our society, coming out of the aging of the population and the explosion of chronic illness in our country.

In that sense, we can probably expect 2016 to end up reflecting some of the same trends displayed in 2015, even if at a lower level of intensity. In other words, the M&A dance continues. And it will be important to keep track of the players, even as the dance cards keep changing.