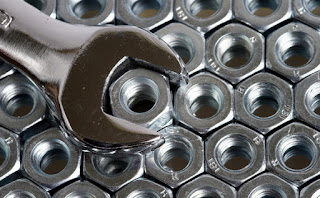 Federal officials are expected to argue in court starting Monday that a large hospital merger in the Chicago area could hurt consumers and should be stopped. It would be the latest in a series of efforts by regulators to push back against a wave of consolidation among major health care providers.

But a frenzy of smaller transactions is also profoundly changing the landscape, many of which face little regulatory resistance.

The deals are often for a couple of doctors here, or a hospital there, making them too small to attract much attention. But as those deals add up, they are creating groups that in some cases dominate local or regional markets. And they are raising questions about whether the gaze of antitrust officials is directed in the right place.


“There’s a lot of consolidation going on at a lot of levels,” said Leemore S. Dafny, a former federal official who is a health economist at Northwestern University.

She added, “I don’t think the antitrust laws are set up to stop it.”

Doctors and hospitals are making the calculation that bigger is definitely better. Consolidation, they say, helps them better coordinate care and manage patients, making care more effective and less expensive.

Skeptics, however, say that the small combinations can eventually translate into higher costs. By gaining market share, they say, hospitals are able to charge more for their care and gain more influence about where patients are sent for lucrative services.

Regulators, meanwhile, are left with limited information about the smaller deals, including answers about whether they diminish competition, leading to higher prices and lower-quality care.
Dr. Farzad Mostashari, a former health official in the Obama administration, describes what is taking place as “creeping consolidation” — being done at a pace that keeps it away from prying eyes.

“If you move slowly enough, maybe nobody will notice,” he said.

Many of the smaller deals go unreported, leaving any tally of them incomplete. But at least 940 health care service transactions took place last year, up from about 480 in 2010, according to Irving Levin Associates, a research firm. This mix of deals, which involved groups like physician practices, hospitals and nursing homes, totaled some $175 billion.

Because of the consolidation, patients are more likely to be getting care from providers with formal ties to one another. The doctor who is employed by a hospital, for example, may send a patient for a CT scan at a facility owned by the same hospital. Patients may be discouraged from going to a provider outside a given network, either by their insurer or their doctor.

The combinations taking place include smaller hospital mergers, like one in Arizona in March, when two hospitals merged. The same month, Baptist Health, a small hospital group in Kentucky, said it planned to reach into Indiana to add another hospital. Neither of those deals has generated significant attention.

The difference in regulatory attention is particularly stark in Illinois.

The hospital deal in Chicago, between Advocate Health and NorthShore University HealthSystem, brings together two large systems, including hospitals and doctors’ groups. It was announced in 2014 and involves more than 6,000 doctors. Advocate and NorthShore say they will promise not to raise their prices above inflation. They also say they plan to introduce a health plan that will be cheaper than comparable policies offered by the insurers in the market.

But the deal is being opposed by the Federal Trade Commission in a case expected to start Monday at the United States District Court for Northern Illinois.

“This merger is likely to significantly increase the combined system’s bargaining power with health plans, which in turn will harm consumers by bringing about higher prices and lower quality,” Deborah L. Feinstein, the director of the F.T.C.’s competition bureau, said in a statement in December.

The same sort of attention has not been paid to the growth of the state’s largest independent physician group.

The company, DuPage Medical Group, started as an eight-doctor practice in the Chicago suburbs in the 1960s and then combined with other practices. In the last five years, it has made about 16 deals and doubled in size to 500 doctors.

Many of its acquisitions barely register — eight specialists last month, two small physician groups in February, a handful of doctors joining at a time. But it has been enough that DuPage now has ambitions of going national. Late last year, it teamed up with a private investment firm to provide it with $250 million for its goal.

“We saw what was happening,” said Michael A. Kasper, the chief executive of DuPage Medical Group. “There was going to be mass consolidation at the hospital and physician level.”

As a bigger organization, he said, DuPage has more leverage with area hospitals. “There’s no question we have a higher degree of influence because of our size,” he said.

Several companies are also amassing doctors who specialize in fields like emergency medicine, trying to capture a sizable share of the physicians in that field and also expanding into related areas. In November, TeamHealth, which has about 16,000 doctors, bought IPC Healthcare, which specializes in care within the hospital, for $1.6 billion.

Federal Trade Commission officials have traditionally focused on deals known as horizontal combinations, when large hospital groups or physician practices merge in a local market. Last year, the agency and Idaho’s attorney general prevailed in a case against St. Luke’s Health System in Boise for buying the state’s largest independent multispecialty group because it would control too many doctors.

The agency is also watching the addition of doctors into these big groups, Ms. Feinstein said. But making the legal case against so-called vertical combinations — when a hospital buys doctors’ groups or expands into related areas like imaging or outpatient surgery — is not as straightforward.

These deals, experts say, can benefit consumers by making care more efficient. Integrated systems like Kaiser Permanente in California manage to combine the operations of hospitals, doctors’ clinics and a health plan into a well-regarded system.

But the track record for others is not well known, and many make promises that never materialize into lower prices or better care.

“It’s difficult to even understand the relationships between hospitals and doctors’ practices,” said Francine Lafontaine, a former F.T.C. official who is now at the University of Michigan. “We don’t have a lot of clear research.”

To keep track of what is going on in the market, Massachusetts now requires that any health care transactions be reported to a state agency. The agency has received notice of 57 deals since it began tracking them three years ago. A few other states are considering a similar reporting system.

But the expectation is that regulators will continue to have their hands full. The push toward new forms of payment and more coordinated care is pushing providers to enter these combinations, said Roger D. Strode, a health care lawyer for Foley & Lardner in Chicago.