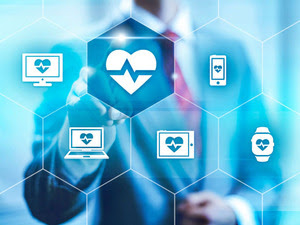 Why Hospitals Should Buy IT Startups

(from Healthcare IT News)

Lots of hospitals are snapping up clinics and physician practices. One major consultancy recommends they also consider acquiring digital health startups and other vertically-integrated companies.

The advice comes amid a record timespan in healthcare mergers and acquisitions.

Healthcare M&A in the U.S., in fact, totaled $241 billion by May 2015, the highest year-to-date figure ever, according to a new report from Accenture. And such changes in the healthcare landscape should prompt executives to look at asset accumulation differently.

"Provider executives must avoid the trap of viewing deals as one-off opportunities to create a new revenue stream or add market share," Accenture said. "The best prepared executives will systematically and rigorously manage M&A opportunities as a portfolio, and evaluate how a potential deal will influence the whole."

So-called "horizontal" healthcare M&A represents the traditional 'land grab' of hospitals purchasing other hospitals to develop an increasingly larger market presence. Horizontal acquisitions, however, have generally failed to generate the desired synergies, and some have actually resulted in diminished operating performance of the combined entities. The expectation of quickly realizing benefits of scale often results in deals being closed quickly, without planning to achieve benefits in both the near- and long-term. Accenture estimated that at least 10 percent of the anticipated cost savings are not realized.

In contrast, "vertical" healthcare M&A, such as the acquisition of a payer or a non-acute care provider is increasing as its value is better understood.

While the potential is real for digital business acquisitions to transform and disrupt the business models, such investments may be "daunting" for healthcare executives to manage, the report said.

"A portfolio approach will improve the chances that the broader business survives and grows and a transaction generates the value that was intended," the report explained.
Posted by David Lopez at 6:12 PM