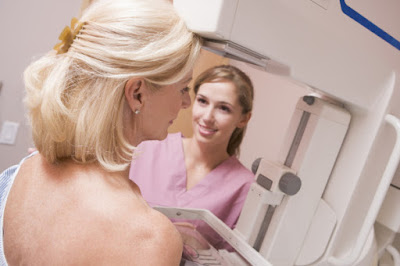 SALEM, N.H., Aug. 17, 2015 /PRNewswire/ -- A recent study conducted by Mayo Clinic has determined that the addition of Molecular Breast Imaging (MBI) for women with dense breast tissue resulted in a lower cost per cancer detected than screening with mammography alone. The MBI technology known as LumaGEM®, developed and commercialized by Gamma Medica, Inc., is a cost-effective tool for detecting early stage cancers in women who have dense breast tissue, which accounts for 45 percent of all women. The study, published in the American Journal of Roentgenology (AJR), entitled,"Diagnostic Workup and Costs of a Single Supplemental Molecular Breast Imaging Screen of Mammographically Dense Breasts," found MBI technologies led to more accurate diagnosis rates, and in combination with mammography, resulted in a cost savings of approximately 15 percent.
"The results reinforce the importance of LumaGEM and accelerate our pace to bring the advanced MBI technology to radiologists searching for more accurate tools to diagnose breast cancer," commented Philip Croxford, President and CEO of Gamma Medica. "In addition to the results, which support MBI's promise as a safe, cost-effective, supplemental screening alternative for those with dense breast tissue, women found it to be an easy and comfortable experience."

An additional publication of the Mayo Clinic study in the American Journal of Roentgenology entitled, "Molecular Breast Imaging at Reduced Radiation Dose for Supplemental Screening in Mammographically Dense Breasts," concluded there was a four-fold increase in detection rates as compared with standard mammography when using LumaGEM as a secondary screening method. Unlike mammography, tomosynthesis and ultrasound – all of which are anatomical imaging tests – the LumaGEM system is a functional imaging modality that highlights the metabolic activity in the breast regardless of tissue density. This allows radiologists to clearly identify early stage cancers. MBI provides equivalent sensitivity, and improved specificity, when compared to MRI, but at roughly one-third of the cost.

About one in every eight women in the United States will develop breast cancer during their lifetime. Nearly one in two women have dense breast tissue, which masks early stages of cancer in traditional screening methods, often leading to missed opportunities for early intervention. Early detection through screening remains the most reliable method to manage the disease. However, for women with dense breast tissue standard mammography and 3-D tomosynthesis lack the clarity and accuracy to detect early stage cancers.

"These publications emphasize the value of MBI with a safe low-dose capability, a lower cost per cancer detected and a higher detection rate of breast cancer malignancy that isn't achievable by other breast imaging modalities," said Scott Headland, Vice President of Sales. "This study underscores the need for Gamma Medica to hasten every effort in growing the adoption of LumaGEM MBI for all women with dense breast tissue."