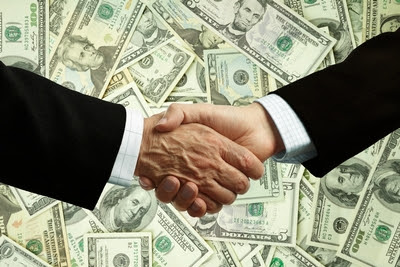 IPC Healthcare of North Hollywood to be acquired for $1.6 billion

IPC Healthcare Inc., a North Hollywood company that provides doctors to hospitals and other medical facilities across the United States, agreed Tuesday to be acquired by a Tennessee company for about $1.6 billion.

Team Health Holdings Inc. of Knoxville will pay $80.25 a share for IPC in an all-cash deal it said would create “the nation's leading physician services organization.”

Team Health's offer was a 37% premium above IPC's closing price of $58.46 on Monday. IPC's stock jumped on the news, gaining $20.79, or 36%, to close Tuesday at $79.25.
The transaction, already approved by the boards of both companies, is expected to close during the final three months of this year.

Both companies provide contract doctors who manage patients receiving care from primary doctors and specialists. IPC operates a large number of doctor groups that practice at nursing homes and rehabilitation centers, something that was attractive to Team Health, said Mike Snow, the Tennessee firm’s chief executive.

“There is no other asset in the marketplace like IPC has built in post-acute care,” Snow said in a conference call with analysts.Team Health expects the combined company will be able to improve quality and lower costs, achieving savings of $60 million within three years.IPC Chief Executive Adam Singer said the deal will benefit both firms.

“To exist in the new healthcare world, bigger is better,” Singer said in an interview. “I think ultimately this is the best thing for the company, and the right partner.”

The sale turned IPC from acquirer to the acquired. Founded in 1995, IPC grew into one of the nation's largest providers of doctors and healthcare workers to hospitals and recovery centers through the acquisition of more than 300 medical practices since 1998, according to a regulatory filing.

Shares of Team Health closed down $2.89, or 4%, to $64.68. Such a downturn typically means investors may not be entirely pleased with a deal.

Gary Lieberman, an analyst with Wells Fargo, said in a research note that Team Health appears to have paid a steep price for IPC.

“The multiple paid appears to be somewhat expensive in our view,” he said.

He said he does not expect any problems getting the Federal Trade Commission to approve the deal.

Singer, who founded the company 20 years ago and guided it through venture capital funding, its IPO and its numerous acquisitions, said he’s “tremendously proud of what we accomplished as a team.”